Robinhood’s list of its top 100 stocks is a valuable heatmap for investors looking for their next big bet. And while some Robinhood stocks can burn a hole in your wallet, others can help you beat the market. Nintendo (OTC:NTDOY) and Nvidia (NASDAQ:NVDA) are two popular Robinhood stocks poised for bull runs because of their exciting new growth drivers. 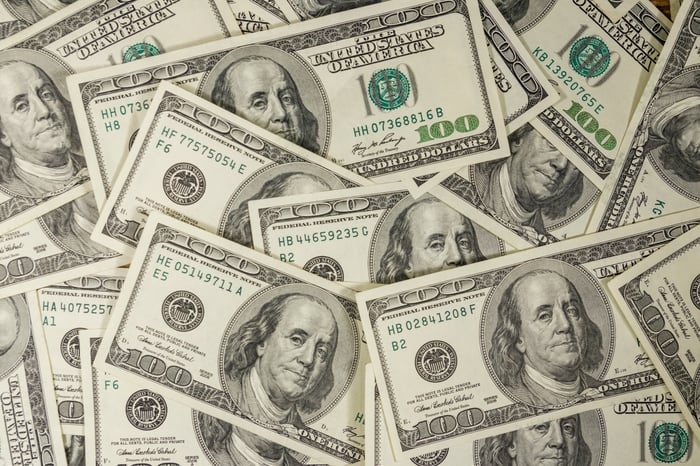 Nintendo is an electronic entertainment company that manufactures and markets consoles and other video game equipment. The company’s transition toward a more digital business model can create value for investors by boosting margins and expanding revenue opportunities.

Driven partially by stay-at-home demand during the pandemic, Nintendo saw digital sales soar to 56% of all software sales in the fiscal first quarter — up from 38% in the prior-year period. This trend had a positive impact on operating margins, which increased from 16% to 40% as the company saved on some of the costs involved in selling physical software cards to consumers.

The transition to a digital business model can also boost revenue by eliminating the resale market and opening up opportunities for the company to generate more sales with downloadable content. Nintendo is taking advantage of this opportunity by releasing paid DLCs for its Switch games that can add new levels and characters to already purchased software. The company is also digitally re-releasing some of its older titles designed for prior console platforms like the NES and SNES. These games are available on Nintendo Switch Online, the company’s paid subscription service, which boasts more than 26 million members.

While it is unclear how fast Nintendo’s digital sales will grow in a post-pandemic world, lessons from the PC gaming market suggest the trend toward digitization will continue. According to data from database company Statista, digital sales represented 20% of the computer and video game industry in 2009 — only to grow to 83% in 2018. Nintendo is a great way to bet on this ongoing industry evolution because of its potential for margin improvements and revenue growth.

Nvidia is a large-cap semiconductor company known for its industry-leading graphics cards. Nvidia looks poised for a bull run because of the launch of its new RTX30 series GPUs powered by Ampere — Nvidia’s second-generation RTX architecture that offers significant improvements over the Turing architecture used in the previous RTX20 series.

According to tests conducted by PC Magazine, the flagship RTX3080 significantly outperforms the older Turing-based RTX2080 on the key gaming benchmark of frames per second. And at a selling price of $699, it is also $100 cheaper than the previous model — making it an incredible value for consumers. Unsurprisingly, demand for the new cards is strong. The RTX3080 sold out within minutes of its release on Sept. 17 — as did the higher-end RTX3090 launched on Sept. 24.

Nvidia claims to have been caught off guard by the strong demand — a sign that sales may exceed expectations in the coming periods. Management is guiding for third-quarter revenue of $4.40 billion (representing a 46% gain over the prior-year period). And better-than-expected GPU sales could help the company meet or exceed that projection.

GPUs are the cornerstone Nvidia’s gaming segment, which altogether represented roughly 42.6% ($1.65 billion) of the company’s $3.87 billion in second-quarter revenue. The gaming segment expanded 24% in the period as consumers binged on stay-at-home entertainment amid the pandemic, and it is poised for continued growth as gamers require more powerful GPUs to keep up with increasingly demanding video game titles. Nvidia’s new RTX30 GPUs will help the company stay ahead of the curve and continue delivering value to shareholders.

With the economic outlook uncertain amid the coronavirus pandemic and recession, investors should bet on companies with compelling growth drivers to power them through these difficult times. Nintendo and Nvidia fit the bill, and both stocks looked poised for bull runs over the long term.

Nintendo is more suitable for value investors because of its mature business and potential for margin improvements as the videogame industry becomes increasingly digital. Nvidia is a better pick for growth investors who desire rapid top-line growth as the GPU company releases innovative new products.