Horizons Set to Land for All Commanders

Frontier Developments plc announced today a major free update for the long running space epic, Elite Dangerous. The rich season of content Horizons will be folded in to the base game for free for all Elite Dangerous owners on October 27. Players will receive the complete Horizons experience via a free update to Elite Dangerous on PC, the PlayStation®4 computer entertainment system, and the Xbox One all-in-one games and entertainment system. Players who previously purchased Horizons will receive an exclusive Azure paint job compatible with all 41 ships currently in game.

Elite Dangerous: Horizons brings planetary landings to the Elite Dangerous galaxy, together with weapon crafting, ship-launched fighters and exhilarating multicrew co-op action. This premium expansion also allows players to put wheels on the ground and explore the galaxy up-close with the SRV Scarab ground vehicle, and access to many surface star ports and other locations. 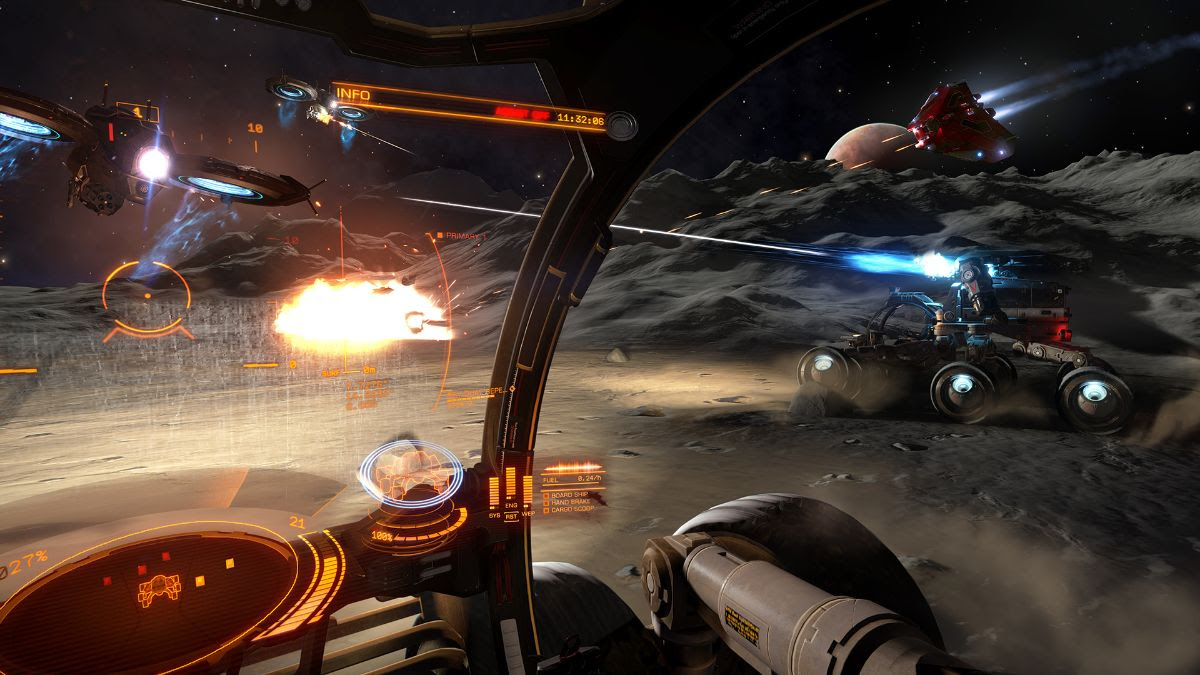 2020 has been an intense year for Elite Dangerous’ fans, with the launch of the free Fleet Carriers update in June and the announce of a new multi-arc player driven narrative. These developments will culminate with the launch Elite Dangerous’ most ambitious expansion yet, Odyssey, which will see players able to combine space flight with first-person on foot gameplay on light atmospheric worlds in early 2021.

Elite Dangerous: Horizons will remain on sale on all platforms until October 26 to allow players a last chance to obtain the exclusive Horizon owner rewards, and then access to the Azure paint jobs for all 41 ships.