HS football scouting report: What games, players to watch for in Week 6 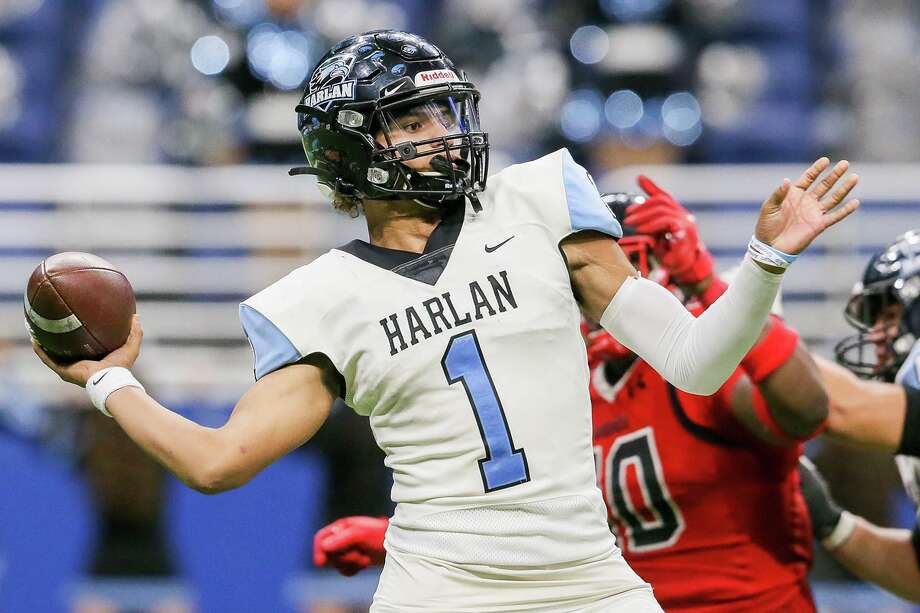 Harlan quarterback Kannon Williams drops back to pass during the second half of their third round Class 5A Division I high school football playoff game with Wagner at the Alamodome on Friday, Nov. 29, 2019. Wagner held on to beat Harlan 48-46.

Harlan quarterback Kannon Williams drops back to pass during the…

Game of the Week

Harlan (0-0) update: The Hawks, listed No. 8 in the Express-News Class 6A/5A rankings, make their Class 6A debut a season after going 12-1 and advancing to the Class 5A Division I third round. Harlan opened three years ago and played as a junior varsity program before competing in 5A the last two seasons.

Brandeis (0-0) update: The No. 2 Broncos were 13-1 after making their second straight Class 6A Division II state quarterfinal appearance. Brandeis forges on without quarterback Jordan Battles, last year’s District 28-6A MVP who is now at Holy Cross.

Notable: Harlan qualified for the playoffs the last two seasons. The Hawks claimed the District 14-5A-I championship last year and combined for a 20-5 record in their first two seasons. … Hawks senior quarterback Kannon Williams passed for 2,366 yards and 32 touchdowns last season. … Harlan is 6-0 all-time against Class 6A opponents, going 2-0 against Holmes, Laredo United South and Del Rio. … Brandeis possesses one of the area’s most talented defenses with senior and UTSA pledge Jalen Rainey and junior Aiden Inesta-Rodriguez in the secondary and senior defensive lineman Josh Green (10 sacks in 2019). They are three of eight returning starters on that side of the ball. Inesta-Rodriguez also plays at receiver.

Judson at DeSoto, 7 p.m. Friday: These state powerhouses meet for the first time. It’s the season-opener for No. 1 Judson, which is playing seven regular-season games. The Rockets went 12-2 and advanced to the Class 6A Division I state quarterfinals last year. 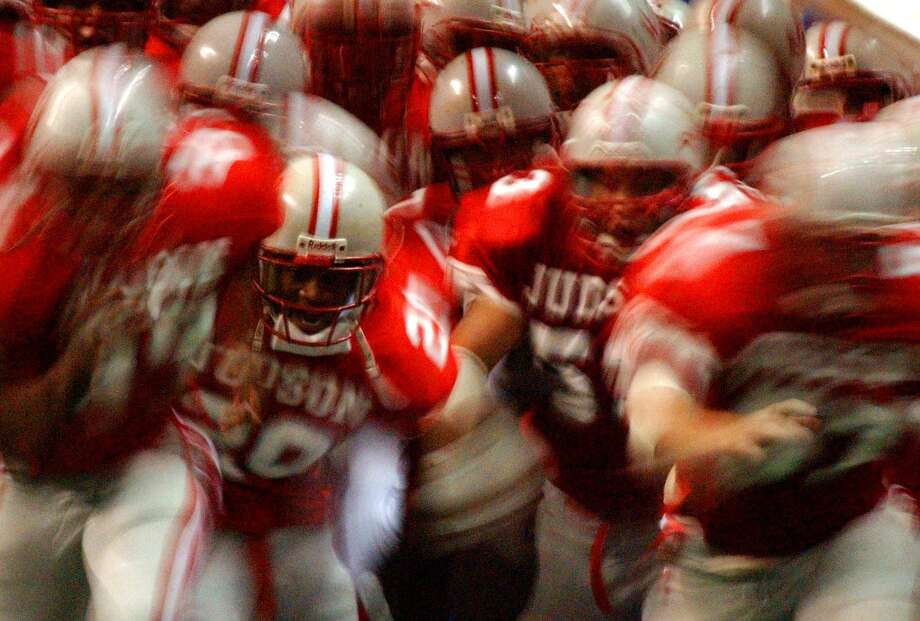 The Judson Rockets make their way onto the field in this file photo.

The Judson Rockets make their way onto the field in this file photo.

Although Judson lost quarterback Mike Chandler II — last season’s Express-News Offensive Player of the Year — to graduation, the Rockets return one of the area’s top running backs, senior De’Anthony Lewis, who rushed for 1,864 yards and 27 TDs in 2019. Lewis is one of the area’s most-coveted recruits with 13 offers. Offensive linemen Kamron Scott and Robert Rigsby are committed to UTSA.

Rittimann faces Churchill again, this time as Alamo Heights coach. Comalander is serving as the Mules home field this season as Orem Stadium is being refurbished. Rittimann coached at Johnson for 12 seasons before heading to Alamo Heights in February. Churchill has a 6-3 series lead, and this is their first meeting since 1976.

Steele vs. Reagan, 7 p.m. Saturday, Heroes Stadium: No. 5 Reagan makes its season debut, while No. 7 Steele is coming off a 26-14 loss against Chester (Va.) Life Christian. The Knights, who held a 14-0 lead last week, struggled with 186 total yards. Life Christian rolled up 384 yards.

The Rattlers return their top-playmakers from last season, including quarterback Lance Lorenz, receiver Stayton Ankrom and running back Carson Green.

Under the radar game

Holy Cross at Antonian, 7:30 p.m. Friday: Match-up with two of the area’s top quarterbacks. Antonian’s Zach Schwalen passed for 401 yards and five touchdowns in three quarters in the Apaches’ 48-25 victory against Floresville. Battles rushed for 306 yards and five touchdowns on 20 carries in the Knights’ 49-26 win against Austin Hyde Park. Schwalen and Battles are former Pop Warner Football teammates.

Which Tech Giant Is A Better Pick?