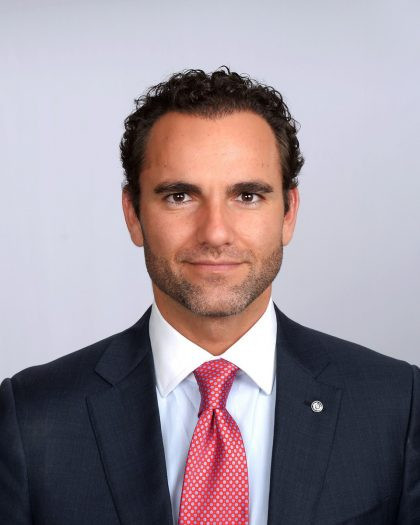 International Esports Federation (IESF) President Vlad Marinescu has claimed he is supportive of a new International Olympic Committee (IOC) directive to International Federations not to enter into a formal relationship with any esports federation.

The IOC’s Esports and Gaming Liaison Group (ELG), chaired by International Cycling Union President David Lappartient, has written to all to the summer and winter International Federations telling them they do not plan to recognise any organisation as the world governing body for esports.

“The IOC position is that it does not and is not planning to recognise an esports federation,” the letter from the ELG, seen by insidethegames, said.

The IESF, which was established in 2008, has not signed deals with any Olympic sports, instead building its membership with National Federations, of which it now boasts 88.

In reference to the ELG letter, Marinescu told insidethegames: “I don’t think it has anything to do with us.

“First of all we have not approached or asked members of International Federations to be members of IESF.

“Because it has nothing to do with an International Federation.”

“So they fall into all different segments and styles.

“And I have a feeling that that is the whole feeling behind this communication.

“It’s very clear in the last paragraph – it says that IFs should not join an esports federation.

“And this is something the IESF has never tried to do, because we respect the complete autonomy of the IFs.”

Marinescu said the IESF was not seeking affiliation with the IOC.

“We are the IESF, founded in 2008, and we work with National Federations of esports around the world,” he said.

“We are organising the World Championships right now with the continental qualifiers.

“We are doing the job of an International Federation – promoting and developing and protecting esports.

“And we are not causing turbulence, we are not jumping into the Olympic Movement, or trying to have some type of legitimacy by stating our affiliation to the IOC – which has never been stated and we don’t have.

“The IESF wants to unite the world of esports – this is our job and that’s what we are doing, and we are doing that from the national level to every level.

“We are not pushing ourselves into places where we are not effecting a positive change.

“The great example would be in Italy, where there is now one esports federation where once there were five.

“This is our job – to condense and solidify the world of esports – turbulence and division is not the way forward.

“We have 88 National Federations affiliated, we have a lot more that are applying – we should reach 100 national federations by the end of the year.”

Marinescu revealed this year’s World Championship finals, which were to have been held at Eilat in Israel in December, have been shifted to February in an effort to make them an active rather than a virtual event given the current pandemic lockdowns.

“We are currently doing the qualification in each continent online, and our plan is to run the finals in person, in February,” Marinescu said.

“With the coronavirus of course nothing is for certain, but that is our intention.”

Vivaldi bundles a video game right into the browser