Online gaming: Australian parents have changed the way they think about gaming

Online gaming has become a great way to remain connected with family and friends. Australia parents have changed how they view the activity, and are now gaming alongside their kids.

I’m not ashamed to admit that with the onset of the global pandemic, some of the rules in our family became more relaxed than they were before.

Strict limits around gaming became “you can play as long as you’ve done your school work for the day.” And “who’s that kid, do we know them? I don’t recognise their voice” was quickly replaced with “Is that Jonathan? Tell him to say hi to his mum for me!”

The world changed almost overnight, gaming became one of the few remaining ways to connect with friends, so there’s no surprise that our parenting styles and limitations around gaming have evolved somewhat to adapt to the new environment. 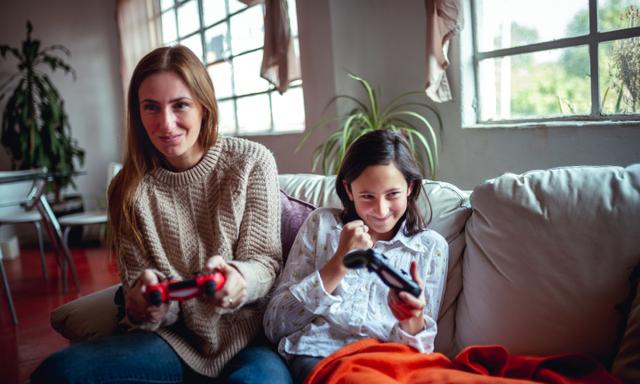 A new survey from Alienware, Dell Technologies’ premium gaming brand, has found that almost three quarters (73 percent) of Aussie parents see video games as a safe, social activity for their child to connect with friends during social distancing.

The Alienware Gaming and Social Distancing Survey also found that 13 percent of Aussies claim gaming helped them connect with family. That is more than three million people brought together with their families by gaming during social distancing.

And what about the parents while the kids were connecting with friends and family and playing games online? They were right there next to them, of course!

The survey also revealed that more than two in five (44 percent) parents and caregivers now play online video games with their children as a result of the stay-home restrictions.

Parents have realised that there is more to gaming than just having fun and working on your hand muscles. 43 percent of parents report to have learnt how to play games from their own children, and three in four parents (75 percent) see video games as being useful for educating their children.

Like in our home, a third (33 percent) of parents say they have allowed their children to play video games for longer because of the stay-home restrictions. Are you playing with your kids more now? Source: iStock.

Findings did differ across states, so how did yours fare in the study?

Queenslanders probably have the strongest hand muscles after spending the most time playing games during isolation.

If you reside in NSW, you’re among the most social with your friends and family, using games to socialise and stay connected during social distancing. You (alongside the ACT) are also more likely to have allowed your child to play games for longer, but hey… they’re being social, right?

Victorian parents were the most likely to play online games with their kids, and are also the most likely to still be playing them now… which is kinda not surprising given they’re still among the highest restrictions in our country.

If you’re over in the country— erm… state of Western Australia, you are more likely to have remained connected with family via gaming.

It’s not easy to admit you’ve let some standards slip, but if this is all you’re embarrassed about during a global pandemic, then you’re doing pretty great in our book!

The biggest takeaways from the Worlds 2020 quarterfinals