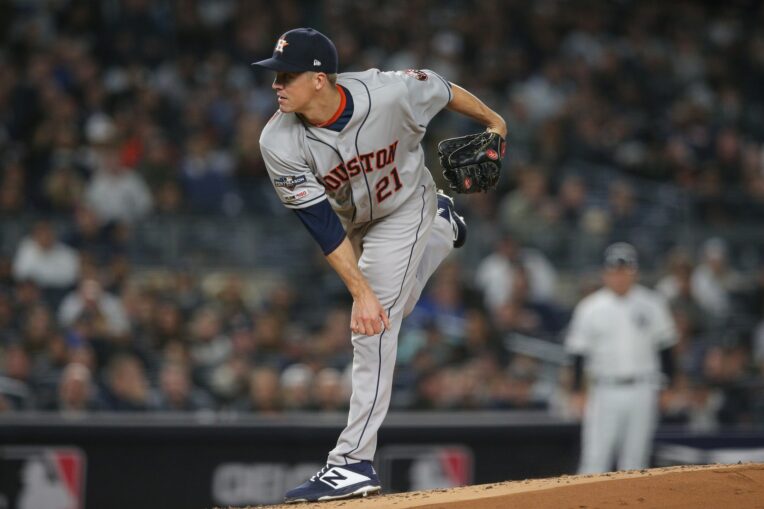 Greinke struggled down the stretch, with a 5.73 ERA in his last seven starts of the season while Maeda finished as baseball’s WHIP (0.75) leader. The two teams did not face each other in the 2020 regular season.

The Twins offense was led by MVP-candidate Nelson Cruz (.992 OPS, 16 HR) and the Astros were led by soon-to-be free agent George Springer (.899 OPS).

Twins Injury Notes:  Josh Donaldson (calf) has been left off the roster, he is on the taxi squad.

Astros Injury Notes: Right-hander Josh James will be available to pitch despite being recently placed on injured list for undisclosed reasons.

Giolito had a 3.48 ERA and 97 strikeouts in 72 innings this season for the Sox. The rookie Luzardo will actually be making his second postseason appearance, he pitched three scoreless innings against the Rays last in the wild card game.

Chicago got a monster season from veteran Jose Abreu (19 HR, 60 RBI, .987 OPS) while Tim Anderson (.886 OPS) and Eloy Jimenez (.891 OPS) were key offensive contributors as well. Youngster Luis Robert struggled offensively down the stretch, but his defense in center field was elite all season.

Rookie catcher Sean Murphy had a fine season offensively (.821 OPS) and outfielder Robbie Grossman was the team leader with a .826 OPS.

White Sox Injury Notes: Jimenez missed the last few games with a foot sprain, but could start tonight at DH.

A’s Injury Notes: Oakland activated Chad Pinder on the last day of the season, he missed two weeks with a hamstring strain.

The Blue Jays two best hitters in 2020 were Lourdes Gurriel Jr. (.882 OPS) and Teoscar Hernandez (.919). Rays second baseman Brandon Lowe led the team with his 14 home runs and 37 RBIs, also had a .919 OPS. Outfielder Randy Arozarena smashed seven home runs in only 64 at-bats for the Rays.

Blue Jays Injury Notes: Despite missing the final 17 games of regular season, Rowdy Tellez could be ready to go.

Rays Injury Notes: Yandy Diaz has been activated for the series, he’s been on IL since late August.

Yankees Injury Notes: James Paxton hasn’t been ruled out for the season, but he will miss this series.

Indians Injury Notes: Terry Francona (blood clot) is not ready to return yet, Sandy Alomar Jr. will manage the team.

The schedule for Wednesday is even crazier with eight playoff games on the books!