The quizzes on FanPlay would be hosted by micro-celebrities, with each quiz based on a specific theme 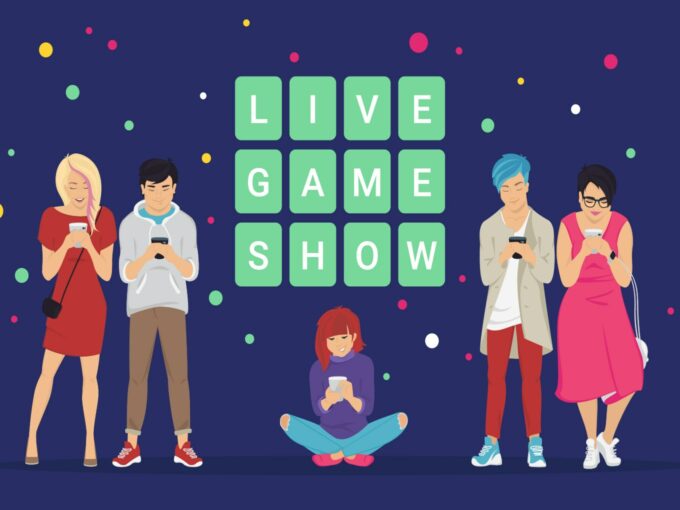 For some college-going students in India, quiz competitions are a sport rather than a recreation. They’re a haven for those with a voracious appetite for learning, given that most quizzes are theme-agnostic, with questions from sports, politics and popular culture peppered throughout.

Some participate in these competitions to test their mental faculties in a one-off. Others are in the circuit for a long haul, going on to become quizmasters in college festivals and the like. Notably, organised quiz competitions have been popular in India for the longest time, given the humongous popularity of the Amitabh Bacchan-hosted television gaming show Kaun Banega Crorepati (KBC).

In recent times, this enduring appeal for ‘quizzing’ has spawned several live mobile quiz applications such as PocketAces-owned Loco, Times Internet-owned BaaziNow and Qureka, among others. Moreover, micro-celebrities from television and even social media at times, are roped in to host these competitions to make them more interactive, earning this new format the moniker of “KBC-lite”.

An upcoming entrant in this space is FanPlay, founded by Bharat Gupta, who’s the CEO and Pritesh Kumar, the CTO (Chief Technology Officer). The Delhi-based real money gaming startup has closed a small round of angel funding from investors such as Dheeraj Jain, managing partner at Redcliffe Capital, Shaadi.com founder and CEO Anupam Mittal, Core91 fund led by Shalin Shah and LetsVenture, an angel investing and startup fundraising platform.

Given that FanPlay already has several competitors in the space, the task of distinguishing itself from the pack is immense. Nevertheless, Gupta feels that FanPlay’s unique proposition will help it find takers.

“Among our competitors, Loco’s quizzing feature has gone bust. BaaziNow has specific time-slots for when live video-based quizzes will be conducted, usually once or at most twice a day,” says FanPlay CEO Bharat.

“But imagine hundreds of these quizzes happening at the same time, which are theme-based and conducted by a domain expert. That’s what we are creating,” he says.

Moreover, Gupta adds that questions in these quizzes wouldn’t be generic but require the participant to be well-versed with the subject at hand. This would also set apart FanPlay’s quizzes with the ones hosted on other portals, something Gupta feels could help the app attract a loyal class of users.

FanPlay is also employing a different business model from that of its competitors.

“We are building an app that can serve as a platform for micro-celebrities to earn money. All participants would have to pay an amount to play any quiz, which would go towards the prize purse for that quiz. A small amount from that prize purse would be taken by us as a platform fee, while a portion of the prize purse would be reserved for the host of the quiz. The remaining would be for the participants who perform well in the quiz, as per our policies,” explains Bharat, who in his previous role headed user acquisition and business growth for Paytm Movies.

FanPlay’s model of usage also bears some resemblance to that of popular social video sharing app TikTok, which in its heydays, allowed hundreds of users a chance to earn a steady income by sharing self-made videos on the application. Some of these users, because of the originality of their content, ended up amassing lakhs of followers on TikTok and came to be called micro-celebrities.

FanPlay is looking to leverage the appeal of such micro-celebrities on social media platforms, to create something unique in the real-money gaming space. It is expected that such micro-celebrities would sign on to FanPlay’s platform, realising that they could earn money there. The model is different from that employed by Loco once, which had roped in popular television cricket presenter Gaurav Kapoor as a quiz host, back when the app had launched in 2018. Loco has since become a platform for esports players and professionals to stream their plays.

Bharat feels that FanPlay’s unique proposition would help it lower customer acquisition costs, one of the major challenges faced by real-money gaming applications today. As of now, FanPlay is in talks with around 200 micro-influencers for hosting quizzes on the platform.

“Be it in the form of fantasy sports or mobile games, consumers are now looking for a more and more immersive experience in content consumption. There’s a third version of consumption that is catching up, the quick, easy and rewarding casual game. FanPlay will capitalise on this early trend and use the evident shift in consumer preferences that we are seeing, to build an intuitive, live video-based, mobile gaming product,” says FanPlay investor Anupam Mittal.

Plans For The Future

FanPlay is planning to launch a minimum viable product (MVP) by early next month. Bharat further informs that the company would launch two apps, one without the real-money feature to comply with Google’s Play Store policies.

On the other hand, the real money gaming application for FanPlay would be an APK launch.

Among the real money quiz game applications, both BaaziNow and Qureka, launched in 2018, have more than 10 Mn downloads each on the Play Store. FanPlay, set to be the latest entrant in the segment, is looking to get more than 5 lakh users on its app by the end of this year.

“The real money gaming industry, growing 55% year on year, has seen high interest from the investor community in the last 2-3 years. This can be corroborated with Dream11 recently being valued at more than $2.5 Bn. Real Money Games has been established as the best and most lucrative monetisation model for the gaming industry,” says angel investor Dheeraj Jain who is very bullish on this space.

The forecast for the online gaming industry in India in terms of revenue is buoyant. A recent report by the Federation of Indian Chambers of Commerce and Industry (FICCI) and consultancy firm EY noted that the online gaming industry, including transaction-based real money skill games and casual games, clocked around INR 6,460 Cr in revenues in the financial year 2019-2020, with transaction-based games accounting for around INR 4,600 Cr. The report estimates the CAGR of the industry to be more than 40 per cent and the industry to reach a size of around INR 18,700 Cr by the financial year 2021-22.

How to Make Your Game Streams Accessible with Live Captions